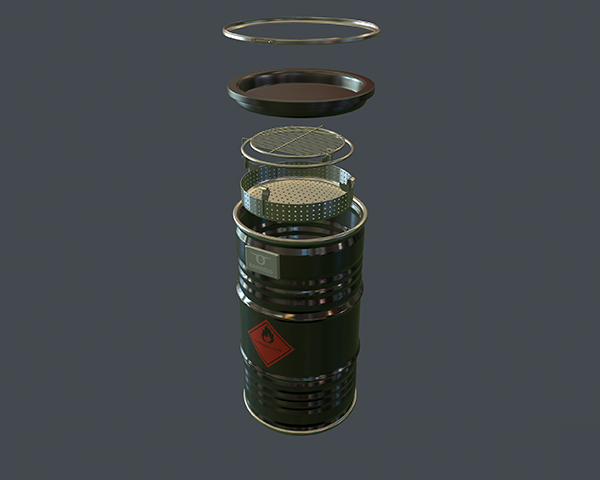 BarrelQ an easy and convenient to use barbeque needed some renders for their ads and manual. So I created a 3d model rendered it and made it available for use in print and advertisement. 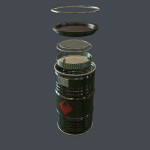 The Barrelq was modeled in Zbrush using  the new nanomesh features and using the UV master to apply textures to the model. After this, the model was taken into Marmoset to create a semi-realistic render to give the illusion that the product is standing in a well-lit environment 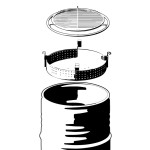 After that, the model was taken into zbrush and was rendered again after applying a cartoon shader to create the effect of it being drawn and making it usable for print.
This was later converted to a vector in Illustrator to give the client more use out of the delivered images.